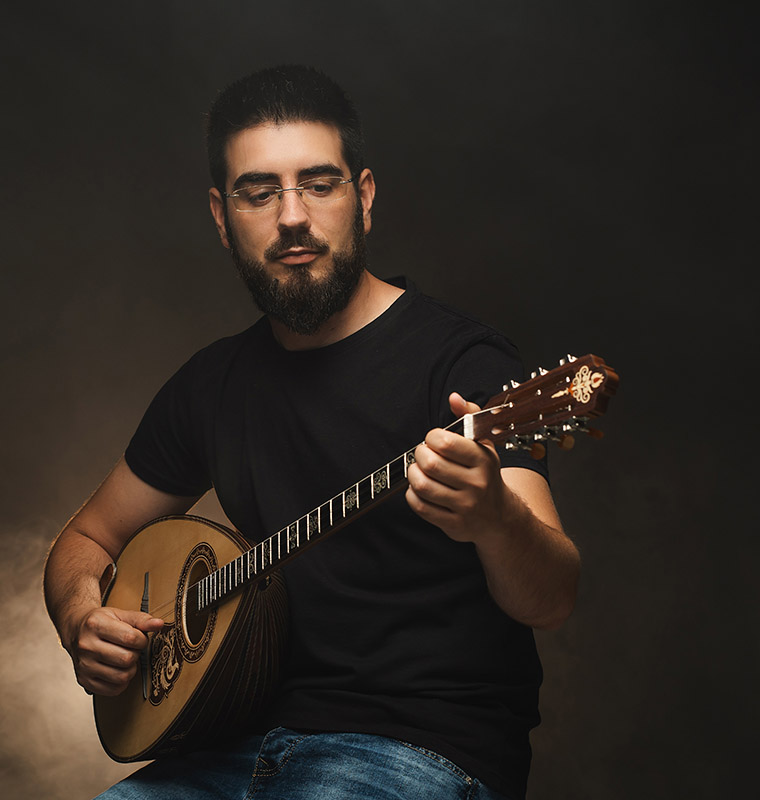 Vangelis Petriniotis was born in 1991 in Karditsa. He began his musical education at the Municipal Conservatory of Karditsa followed by the Arion Conservatory (Karditsa), from where he graduated with a diploma in Harmony and Counterpoint.

Following this, he graduated from the Department of Music Science and Art of the University of Macedonia, Greece, where he completed his undergraduate and postgraduate studies specializing in the interpretation and performance of the three-string bouzouki.

In 2016 he released his first album entitled “Colours”, while in 2019 his study of “Pre-War Rebetiko – M. Vamvakaris, A. Delias, G. Batis” was published, which has since been a proposed book within the Department of Music Studies of the University of Ioannina in Greece. In recent years, he has been working as a bouzouki instructor in music schools, while also performing in Greece and Cyprus.

He is currently a doctoral candidate within the Department of Music Science and Art of the University of Macedonia, Greece, researching “The development of interpretation and performance of the three-string bouzouki through the recorded orchestral selections of players of the instrument.”

Any cookies that may not be particularly necessary for the website to function and is used specifically to collect user personal data via analytics, ads, other embedded contents are termed as non-necessary cookies. It is mandatory to procure user consent prior to running these cookies on your website.